At the 2002 Olympics, in Salt Lake City, Reeldata’s partners had a problem. They were hired to edit for a major International TV network and the media library database was less than user friendly and mostly did not work very well. After the Olympics, they started brainstorming how to design better databases, for both producers and editors.

At that time, by using expensive tape machines, editors had to go through thousands of hours of videotapes and endless paper scripts and crazy spreadsheets, just to keep track of every shot in the post-production process. ReelData found an opportunity to ease the PAIN and created MediaDB. In 2003, it was one of the premier cutting edge solutions which simplified the search for text and data. MediaDB made post-production easier and more efficient for producers and editors. The ReelData partners continued to design new modules and features to MediaDB, like adding video with their “Ingestor” capture hardware, application servers for multi-user database access, and streaming video hardware that allows producers to see their work from anywhere in the world.

MediaDB uses a robust SQL database backend with a Java user interface as a stand-alone app and will run on any internet browser. It’s 100% secure and accessible anywhere, anytime.

ReelData continues to add new products to simplify the production experience while enhancing the creative process for producers and editors, alike. More than just a software and hardware company, ReelData creates killer workflows storage for Media and Entertainment. Now that storage is abundant, the next PAIN is transportation. How to move a lot of media FAST and efficiently. ReelData is partnering with new vendors who have that answer.

ReelData’s mission is to find out what is NEW … What is the BEST … and what is RIGHT for your company.

Jeff has worked in video production and data storage for over 30 years, working on several network TV shows The Dr. Phil Show, several MTV Networks shows, and the Winter Olympics in 2002 at Salt Lake City for the Canadian Broadcasting Company. Included within the past 20 years, he has become an expert at creating storage solutions for media and data workflows.

Joe has more than 30 years of experience in TV production, and post-production and software design, and is an expert in user interface design, application architecture, and software engineering. During his career, he has worked on shows for every Broadcast and Cable Network, a variety of reality shows, as well as many marketing campaigns. His creative skills also include illustration, high-end retouching, and corporate branding design.

Bernie has been a producer in Los Angeles for more than 25 years. He’s best known for his work on series from Max Headroom to CSI: Crime Scene Investigation as well as James Cameron’s IMAX 3D Aliens of the Deep and The Last Mysteries of the Titanic, a 17-camera live broadcast from 12,000 feet below the Atlantic. He produced the Atlas Shrugged Trilogy and recently completed work on the feature film The Florida Project and the documentary No Greater Love about PTSD in soldiers. Bernie is the author of the textbook Creative Post Production and taught at the UCLA Extension for more than 15 years.

Drop me a line or send me an email if you’re interested in discussing essential storage characteristics. Or, let me know if you’d like to do a quick walkthrough and analysis of your existing system. You can book a 10-minute storage review here. I’m always up for a conversation about how the right storage solution can drive your company’s future success! 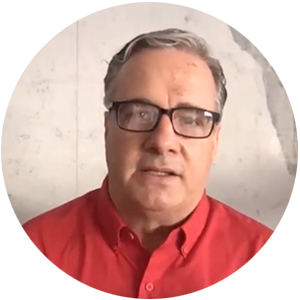 Stay Up on Video Storage